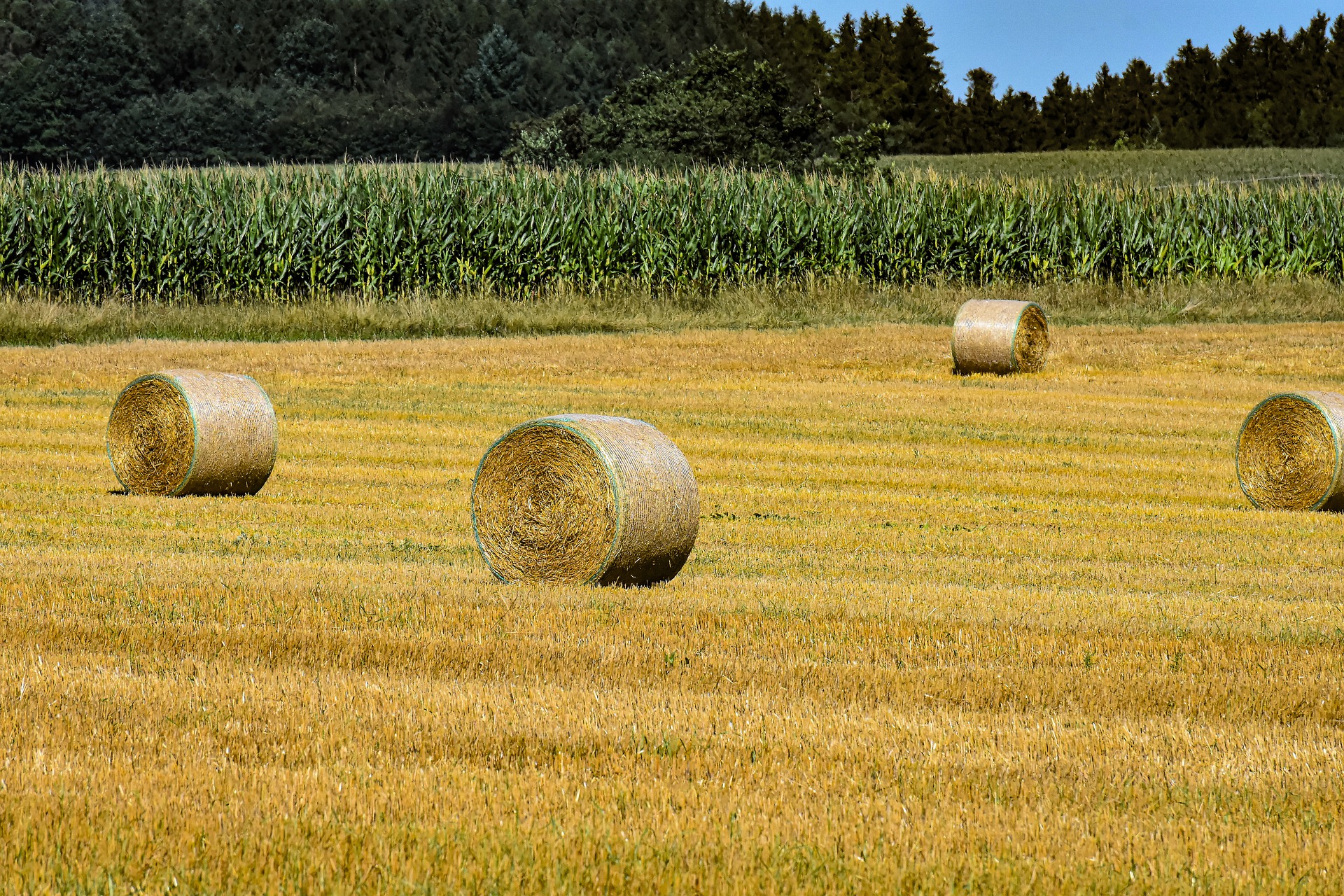 Oh Hay There… What do Grass-Fed Beef Eat in the Winter?

Grass-fed beef is a healthier option that Canadians are actively looking for. But when our Ontario pastures are covered in snow during the cold winter months, it’s not possible for cows to graze on fresh grass year-round. At Farmway Foods, we’re frequently asked this question: “What is grass-fed beef fed in the winter?’

We never bail on this question because the answer is pretty simple: Hay!

Hay is grass that has been mowed during the summer, dried, and bailed into bundles so it can be used as food in the winter. While we naturally associate freshness and nutrition with the vibrant green colour of grass, it maintains its nutritional content after being cut and dried into golden bundles of hay. This makes hay a healthy food for cows during the colder months.

The misconception that hay isn’t nutritious is often because it’s confused with straw. Hay is made from the whole plant and is harvested at the plant’s peak freshness: it includes the stems, leaves, and seeds. Straw is harvested after the plant has matured and doesn’t include the seeds. Straw has almost no nutritional value and is typically used as bedding for a livestock barn, while healthy hay makes a delicious wintertime meal for many animals being raised on your local Ontario farms.

How is Hay Made?

Farmers have been making hay for about 300 years! But as you can probably guess, modern methods for harvesting, bailling, and storing hay are significantly better than they were centuries ago. Today, beef farmers of Ontario feed their cows hay made from grass, legumes (such as alfalfa), and other herbaceous plants (such as clover). The hay is cut from the fields with a haybine pulled by a tractor when the seeds aren’t yet mature and the leaves are the most fresh and nutritious. The grassy material is allowed to dry in the summer sun, then a baler is pulled by a tractor to pick up the dried grass and tightly bind it into a round bale of hay.

However, beef farmers of Ontario know the importance of carefully storing their hay to prevent it from becoming wet and ensure it isn’t near heat. Hay that’s moist or near a heat source can pose a fire risk. Moist or contaminated hay will also spoil quickly, making it unhealthy for the animals. To ensure the hay stays dry and fresh, hay is often stored inside and covered by tarp or wrapped in plastic.

Farmway Foods has been proudly supporting local Ontario farms for three decades! It’s our mission to provide Ontario families with the healthiest, highest quality meats available from local farms. When you partner with Farmway Foods, you can feel good about knowing where your food comes from and that it’s a healthy choice for your family. To learn more about our top-quality Ontario meat from local farms, talk to our expert food consultants and request your sample today!

PrevPreviousWhat to Expect During Your Farmway Foods Delivery
NextOntario Grass-Fed Beef: What it is & Why You Need itNext